The deputy took a note of the problems of regional business

Looking ahead, we note that such meetings have become established practice. Mazhiliswoman traditionally "reports" to the audience, what initiatives it managed to implement and decide in favor of business, talks about changes in legislation that are directly related to entrepreneurship. However, the main purpose of such meetings is to hear directly from the business about the problems that worry them. Subsequently, these appeals will form the basis of parliamentary requests to the government.

Turning to Meruert Kazbekova, director of LLP “Kazger-Kus” Boris Ozdoev expressed concern about subsidizing poultry farms. As you know, new subsidy rules have been introduced in the country, and now there are no soft loans for expansion of poultry production. As representatives of the agricultural management comment on, now the priority in granting subsidies is for the development of AIC and commodity producers engaged in agricultural machinery.

Current rules for the distribution of subsidies are of concern to other agricultural producers. In particular, an entire delegation of entrepreneurs engaged in grain production arrived from the Atbasar district to meet with the deputy.

"Subsidies are allocated with a big delay, why, tell me, money are given only in the autumn? I need the means here and now. I can’t plan my production strategy in advance, there is no clear picture when specifically, I can count on investment support", - the director of LLP "Alatau" Abay Abubakarov was perplexed.

A representative of a whole group of livestock farmers Oleg Chirtzov complained on the absence of an item on force majeure circumstances that can be taken into account when accepting documents for subsidizing.

"The rules for subsidizing the development of livestock breeding, increasing the productivity and quality of livestock state:" The period is from 1st of May to October this year. " However, in connection with floods, the absence of bulls-producers in the farms-reproducers of the district, the bulls were purchased after 1st of May. They wrote in documents, that because of this formal approach, we no longer fall into the subsidy program", - said Chirtzov. 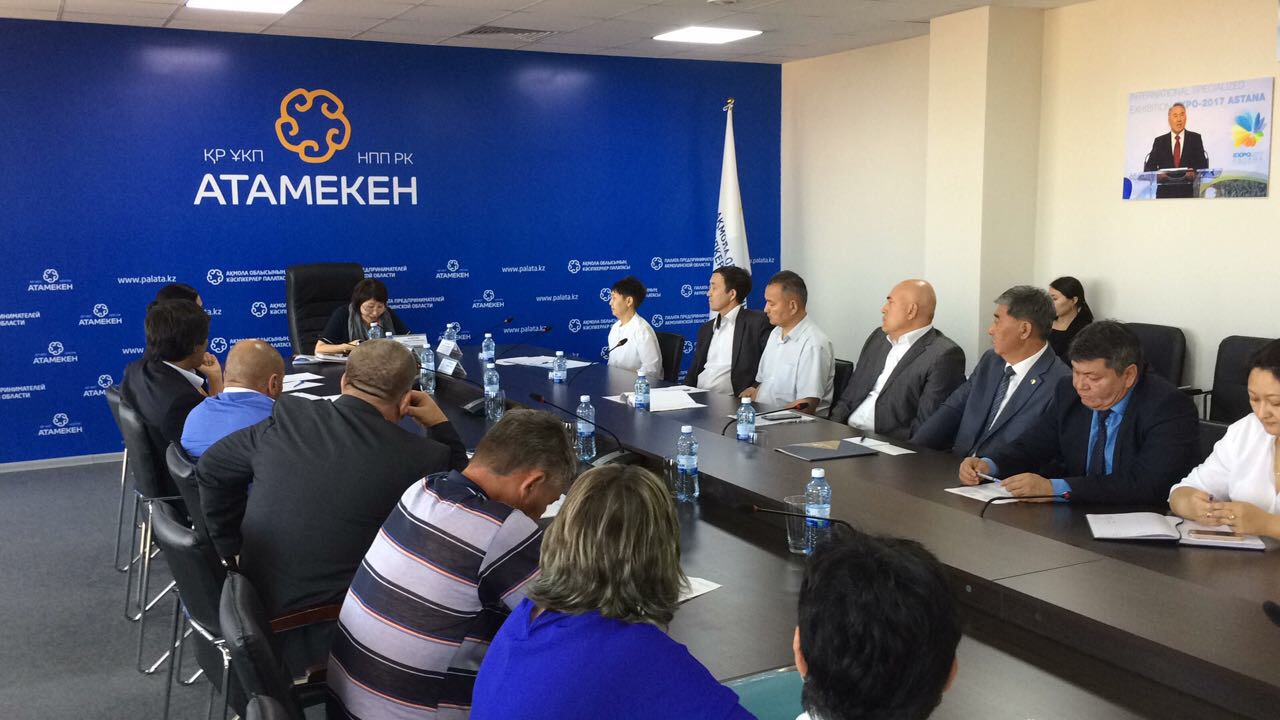 The individual businessman Dinmagamed Asayev told about individual problems of the millers of Atbasar district.

"We are now sitting without grain - it is exported. Paradoxically, there is a shortage of raw materials in a country that is the largest producer and exporter of wheat in the world. It's simple, we sell grain, and we could sell bread. Grain could remain in Kazakhstan, we could create jobs, increase the flow of taxes, provide our country with high-quality flour, spinning the gears of our economy", - Asayev said.

Summarizing the results of the meeting, Meruert Kazbekova noted that she will take all the issues under control.

"As early as September 1, I will form deputy requests on the basis of your appeals. But once again I advise you to be more active, do not be afraid to initiate and raise sore points. Today, Atameken has become a powerful negotiating platform, it stands guard over your interests, and this potential, subject to your personal involvement and interest in the process of improving legislation, should be used as much as possible", - concluded the MP.